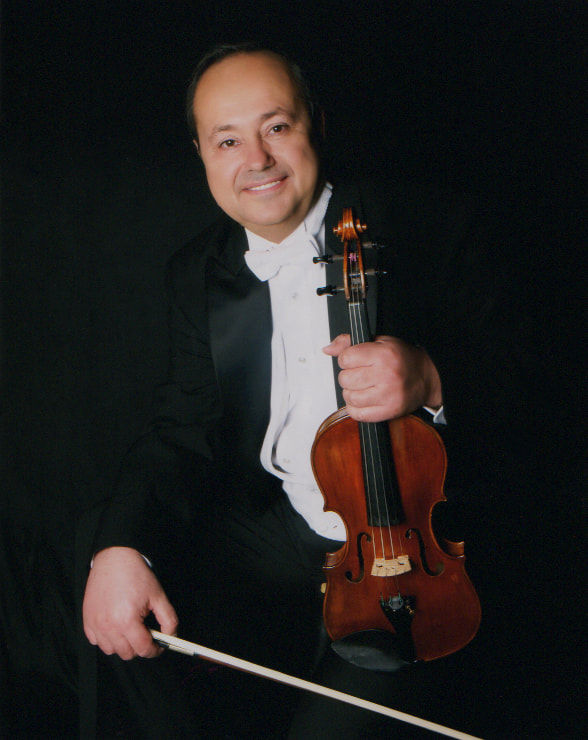 Liviu Onofrei, born and raised in Romania of musical parents, started to play the violin at age four.  He was educated at the Music High School in Iasi, Romania, and graduated from the Music University in Bucharest, Romania.  He was Concert Master for more than 25 years for the Bacau Romania Symphony Orchestra, and has received numerous awards including The Presidential Award for an Extraordinary Person of The Arts from the President of Romania.  He has enjoyed extensive travel on solo and concert tours throughout Europe, the USA and Canada. In 2008 Liviu emigrated to the US and Orlando, Florida where he lives with his wife Mary.  In 2019, Liviu became a very proud US citizen.

In regard to his style, Liviu combines strength with delicacy and expression, and a mature technique fueled by his knowledge and passion for music and the violin.
Support Us